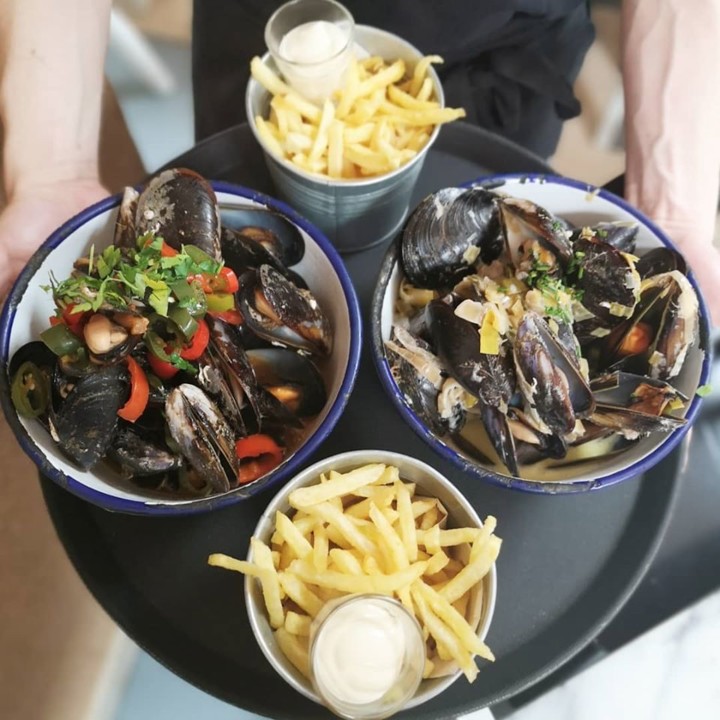 This is a straightforward restaurant. Mussels accompanied by beer, wine or gin. As simple as that, although it’s not that simple of course.

Moules & Beer opened in 2013, as a brother to Moules & Gin, located in Cascais. The concept is mostly the same, imported from Belgium, where mussels are a specialty and a classic dish. Just picture large steaming pots laden with mussels coated with a white wine sauce and drizzled with fresh herbs and vegetables.

Once considered the poor man’s meat, mussels are now sometimes referred to as ‘black gold’ of the sea.

With simple interior design, Moules & Beer is a restaurant that relies on the specialty of the mussels. There are 10 different sauces that you can choose from and every week there’s a new special sauce. Of course, there is beer. A lot. From Belgium, Germany, Holland, and Portugal, you have an enormous variety of craft beer to choose from.

I arrived around dinnertime, the place wasn’t too crowded and the first thing that caught my eye was that the place was unpretentious. Simple as some might say. I thought it missed a touch of warmth. 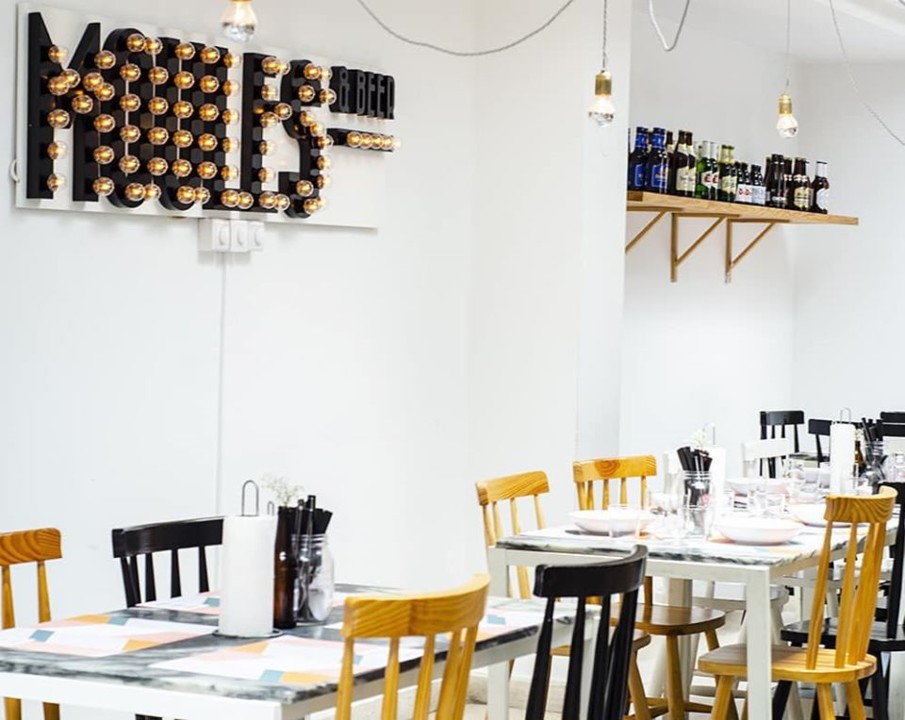 The meal started with a plate of fried mussels with sweet chilly sauce and mayonnaise which was a good start because the mussels were great and crispy. The only thing I found lame was that the sweet chilly sauce was not homemade. I know this because I have the same sauce at home, bought at a supermarket.

Next, a bucket with mussels and pesto. First things first, the bucket has a lot of these little ones. My girlfriend and I made an effort to finish the enormous supply of food because it was tasty, well seasoned and yummy. 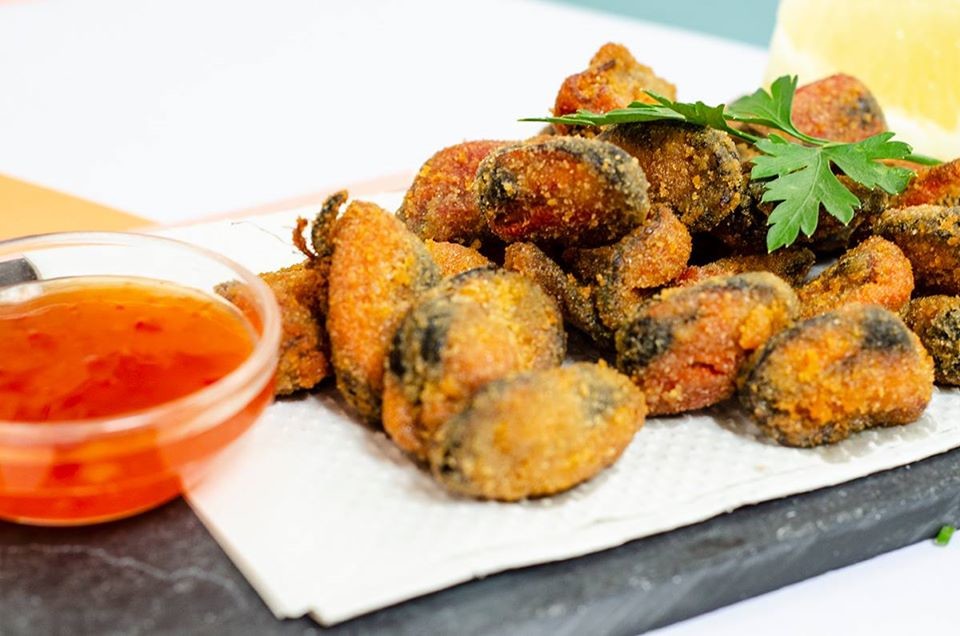 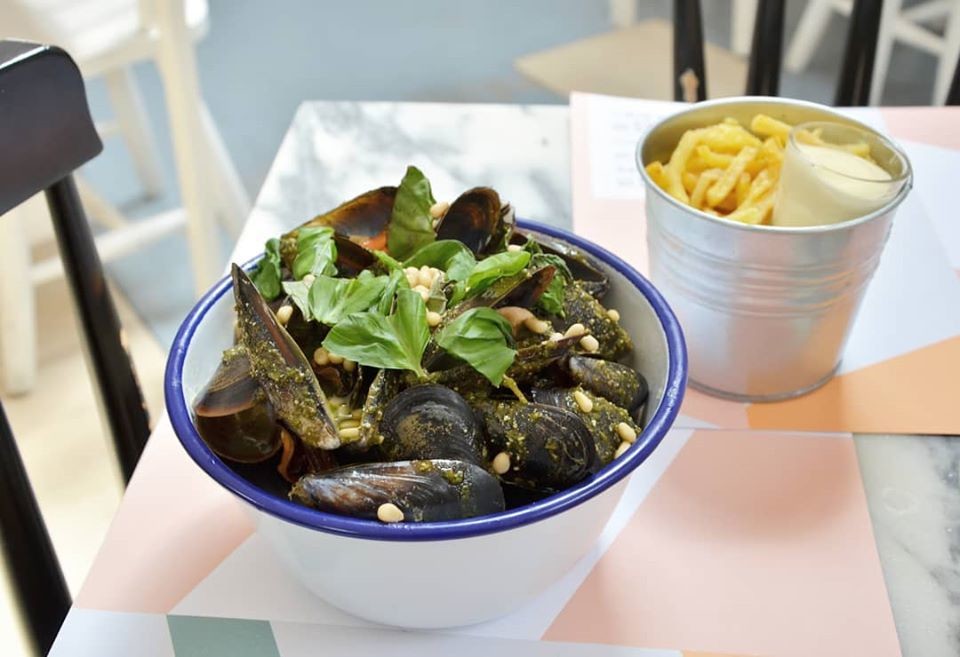 Although you have cutlery at your disposal, don’t be a snob and eat with your hands. It’s the most effective way and honestly, no one will care.

Overall, I liked the experience, based on the simplicity of the food. It’s mussels. There’s no way around it. The variety of sauces to choose from gives the customer the opportunity to have different experiences, because it will taste different every time. They have to be well cooked and seasoned but I’m already expecting that if it’s the prime ingredient of the restaurant.

I’ll try it again for sure. 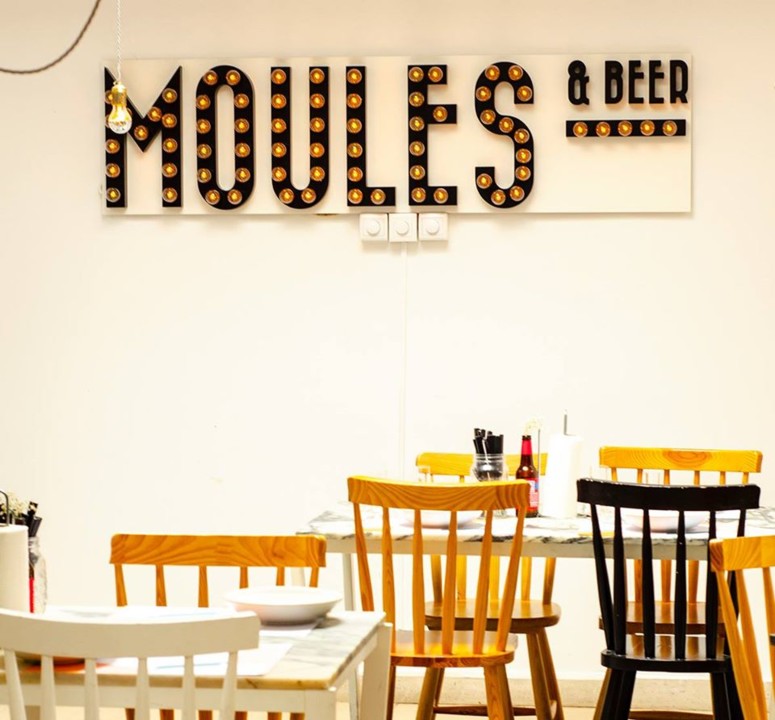