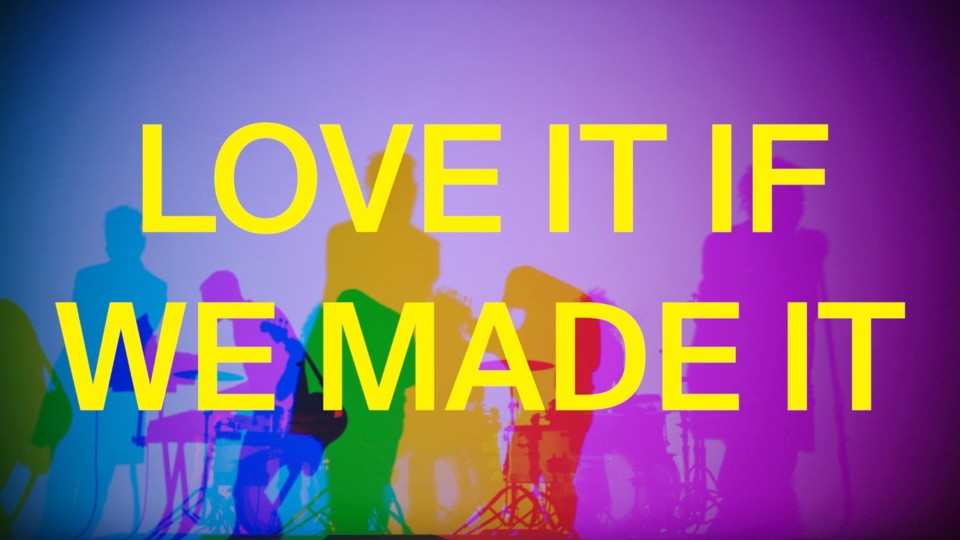 𝗜𝗻𝗴𝗿𝗲𝗱𝗶𝗲𝗻𝘁𝘀 | Imagine a dark reality, covered in information, degradation, terror, clouded over by jaunty basslines and a heavy drum beat that’s front and center. That’s the core for this track by The 1975, which takes the prize for the best piece of music in their new album A Brief Inquiry Into Online Relationships. Catchy without being boring, the track doesn’t shy away from the political and social criticism, aiming at Donald Trump, Kanye West or photos of dead babies in the papers. Yes, modernity has failed us but we can still salvage something.

𝗠𝗲𝗮𝗹 | Try it with some chicken tacos and a cold Corona 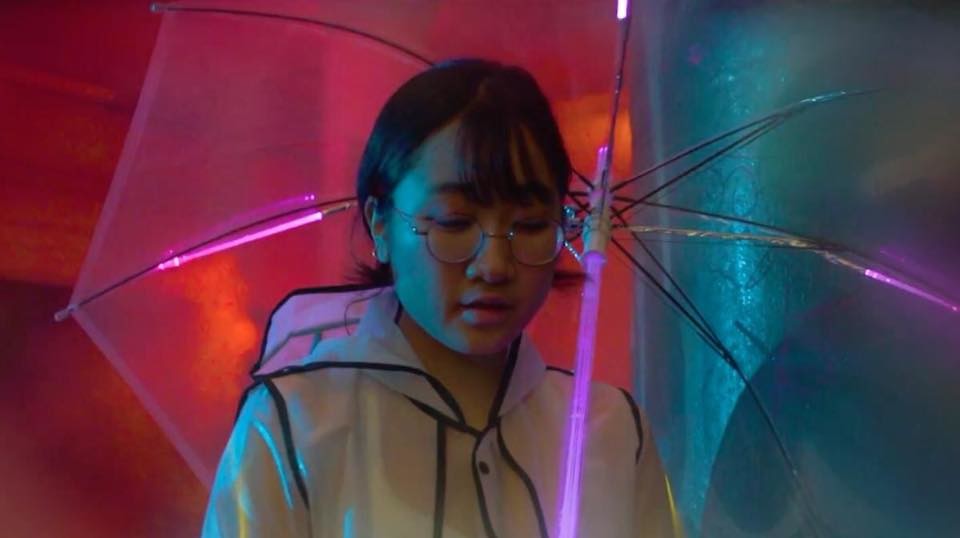 𝗜𝗻𝗴𝗿𝗲𝗱𝗶𝗲𝗻𝘁𝘀 | We know that this song already has some time, but better late than never. With uptempo, house-style production perfect for the dance floor, Yaeji has created a hypnotizing dance anthem that can be more addictive than any drug. Based on Brookly, the singer does not forget her origins, leaving milestones of her growth in South Korea on every piece of music.

𝗠𝗲𝗮𝗹 | Try it with hangover stew (yes, it is known to cure hangovers!)

𝗜𝗻𝗴𝗿𝗲𝗱𝗶𝗲𝗻𝘁𝘀 | English producer Branko continues to give indications of how his next album, Nosso, will sound. This time he released the track Hear From You, which features the production of Sango and the voice of English singer Cosima. The track is the mirror of Branko's multiculturalism and the ability to pick up the world’s sounds and turn them into pulsating beats and captivating synths. I think we have here one of the songs of this summer.

Dancing is the Answer #Take1 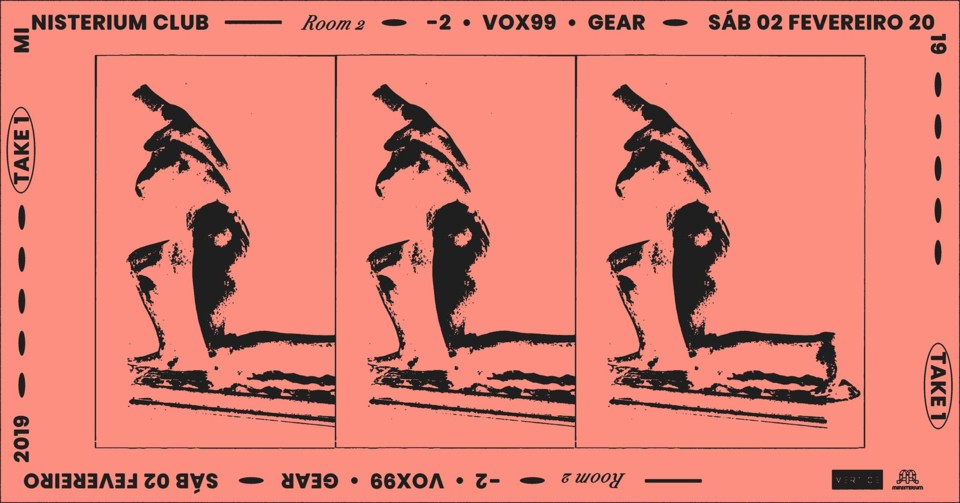 For the first time this year,on the 2 FEV Ministerium Club will host a party in Room 2 with an all portuguese line-up. Organized by Vértice for those who like techno and house music, this will be right up your alley with GEAR , VOX99 and menosdois leading the charge. Like they say, “Prepare to awaken each sense while you let yourself be carried by the synthetic textures. Dancing is all you need!”

Check out all the informations above!

I had heard a lot about this South American restaurant created by the Argentine chef Chakall. Renowned for his talents in the kitchen and television charisma, Chakall is one of the names that come to mind when we think of new generation cooks who have chosen Lisbon as the right place to show their talents. 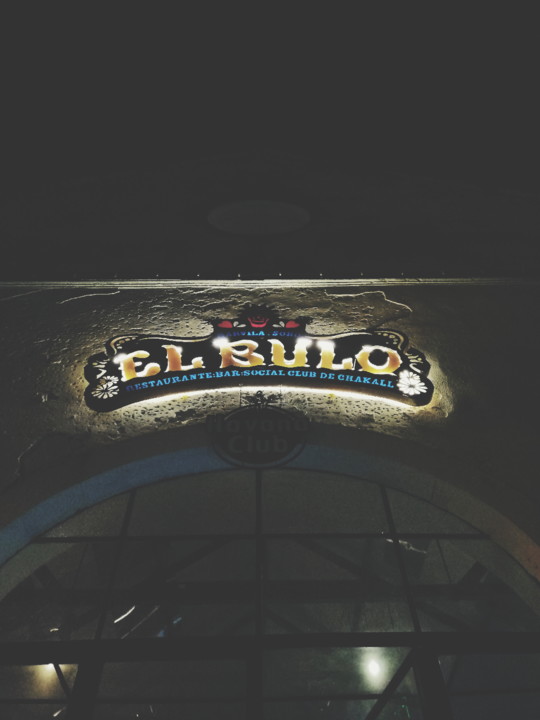 Located in Marvila, El Bulo is in the center of one of the most hipsters neighborhoods of the Portuguese capital, next to places like Fábrica Braço de Prata, MUSA or That Place That Does not Exist. Increasingly popular among Lisbon residents, Marvila - and Beato - are on their way to becoming fashionable neighborhoods, with new dining spaces associated with cultural spaces, thus creating a new identity for a forgotten Lisbon area for far too many years. 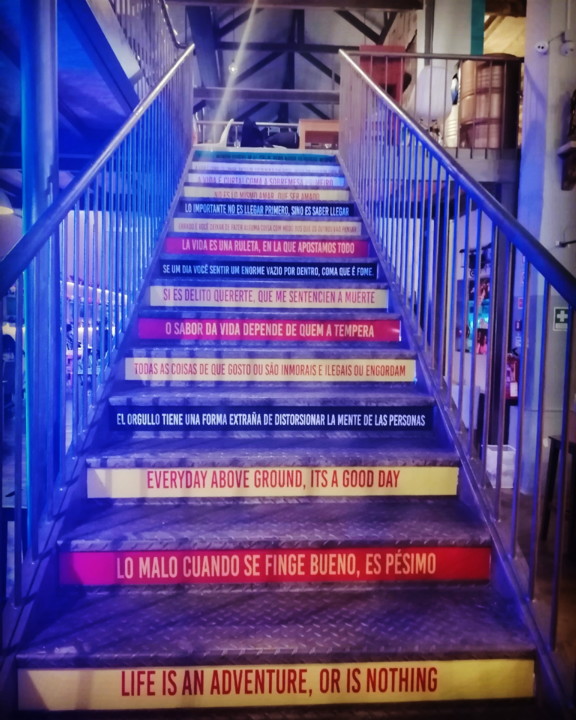 Despite the hype, the truth is that El Bulo does not meet the expectations of those who will eat an author's meal. The space is cosmopolitan, decorated according to the type of food with all the cultural characteristics associated with South America. Very ample, it creates a good atmosphere for those who are dining. Just a side note: I'm not a fan of live music in restaurants. It becomes boring to have to speak louder and louder while someone sings bad covers from the '80s.

For starters, we eat two empanadas, one of cheese and ratatouille and one of meat. Tasty, crispy and well-seasoned. It seemed like the beginning of a meal that would make us salivate. We followed with spicy tuna tartar with sesame seeds and chives which was also quite appetizing although it seemed to have been done for some time, given the speed with which it came to the table and some dryness of the fish. Good, but not amazing. 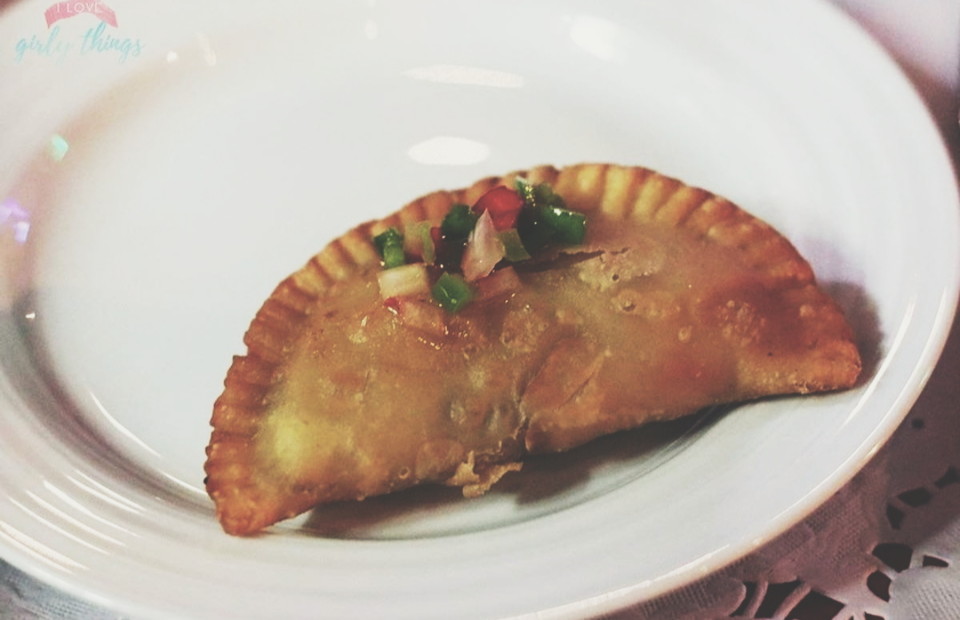 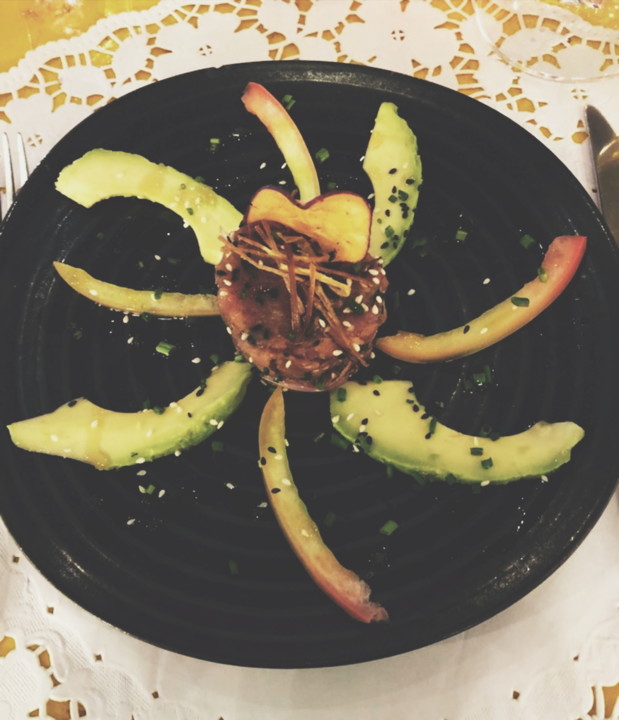 For the main course, we ordered a surf & turf cod - accompanied by Atlantic Gambon and thyme polenta - and Argentine beef steak. On the first course, the highlight was entirely the cod. Very well cooked and seasoned, it was the only high point of the dish since the rest seemed to be just sprinkling, such as the small amount of polenta, hidden by an exaggerated mountain of salad. The picanha… Well, it was exactly that: argentine beef steak, something that can be eaten in several restaurants in Lisbon, some specialized in mature meat. It turns out to be a dish without great prominence, for those who are accustomed to eating this kind of meat. With not a lot of seasoning, it quite blended too. 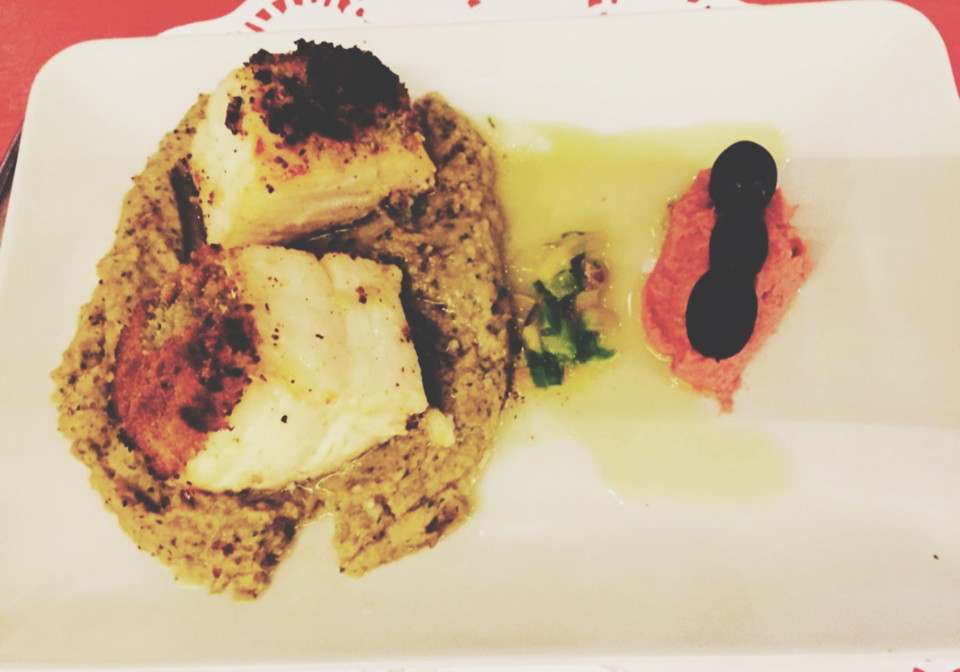 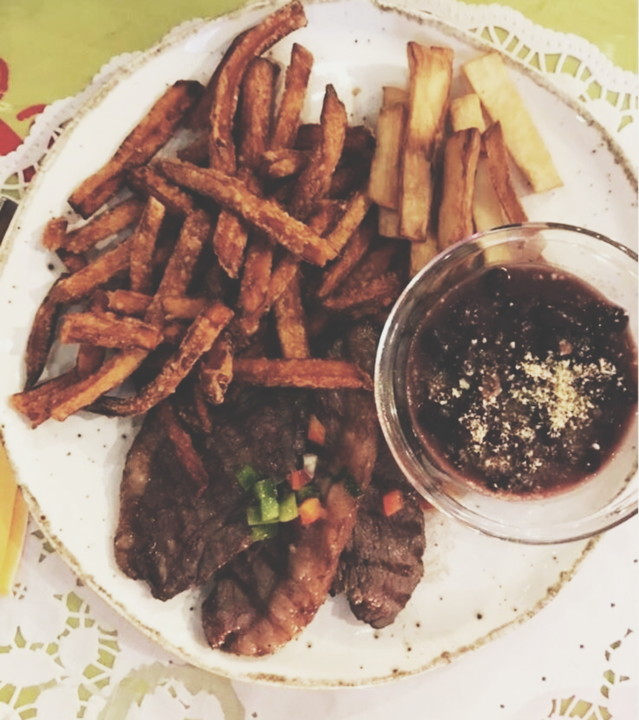 To sum up, El Bulo could be an interesting experience considering the concept, the chef's experience, the dynamism of the neighborhood that welcomes him but turns out to be a little over-priced considering that other establishments in Lisbon can provide better explosions of flavors with more welcoming prices. 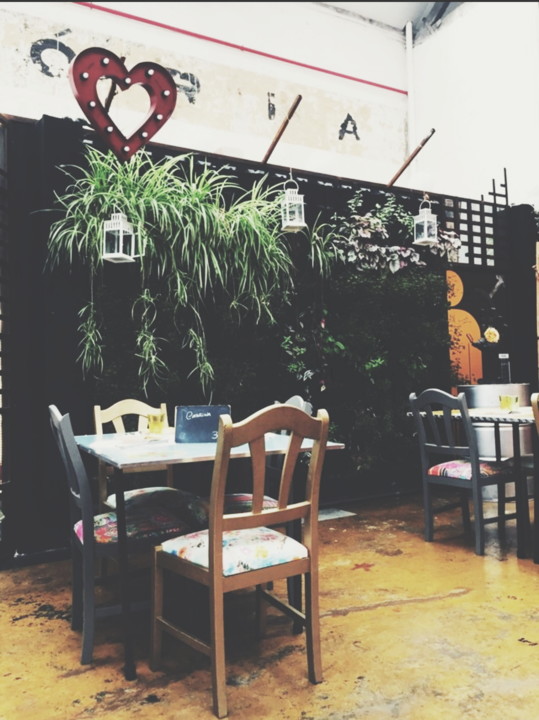 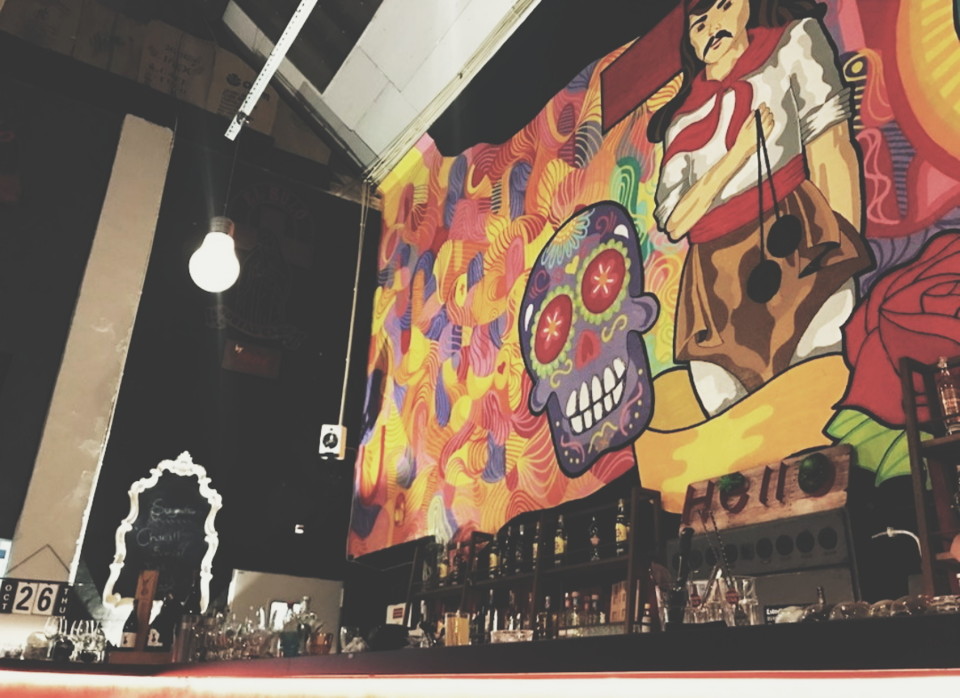 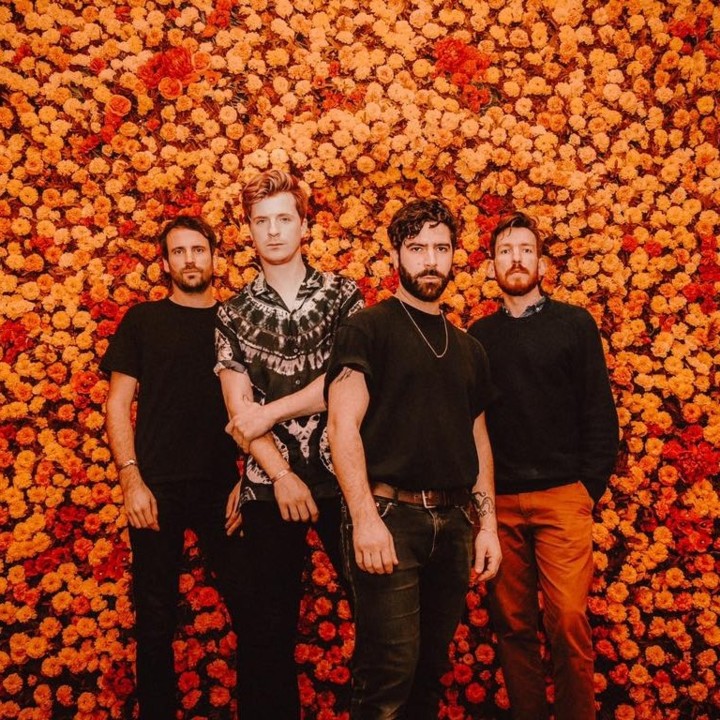 𝗜𝗻𝗴𝗿𝗲𝗱𝗶𝗲𝗻𝘁𝘀 | The Oxford boys are back with this new song, the first teaser of Everything Not Saved Will Be Lost - Part1, the first of two new albums the band will release this year. After the huge success of the previous albums, Foals seems to be returning to the weird and deconstructive sounds and synths that turned them into indie's greatest rock band

𝗠𝗲𝗮𝗹 | Try it with some No-fuss shepherd’s pie 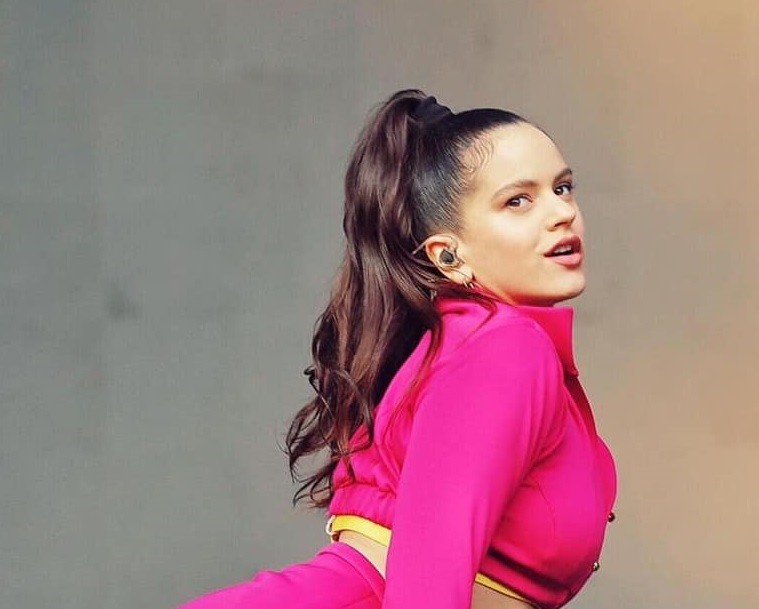 𝗜𝗻𝗴𝗿𝗲𝗱𝗶𝗲𝗻𝘁𝘀 | This 24-year-old Spanish singer is taking the world by storm. A tasty storm indeed. In this track, she fuses the traditional style of flamenco with pop, reggaeton and R&B, kicked off by handclaps and sounding percussion. Her seductive voice is the sauce that spices this up and it sure gives it some good old hot feelings.

𝗜𝗻𝗴𝗿𝗲𝗱𝗶𝗲𝗻𝘁𝘀 | The english singer-songwriter is back with [Assume Form] and with the help of André 3000, they try to shine some light on depression and anxiety. With an uneasy piano loop and pulsating drums, the track swings between a club banger and profound metaphors. Something to meditate.